Self Adhesive stamps!!!! I was wondering that how popular it is in the world these days!!!!In my recent visit to Scandinavia on a business trip i found it's quite popular and easy to use.When i was visiting different tourist places like Oslo,Bergen,Copenhagen wherever i went i had a plan to send covers and postcards to myself and i succeeded to do so.The all tourist information centers and postcard shops sells stamps. Though i was carrying a glue stick i never had to sue it ,as they were all self adhesives!!! This way it is easy and stamps are accessible to every common people and more popular no doubt.. And it was easy and convenient for me also to remove the paper and stick them on my covers and cards. Below is a cover from Oslo which i posted to myself. 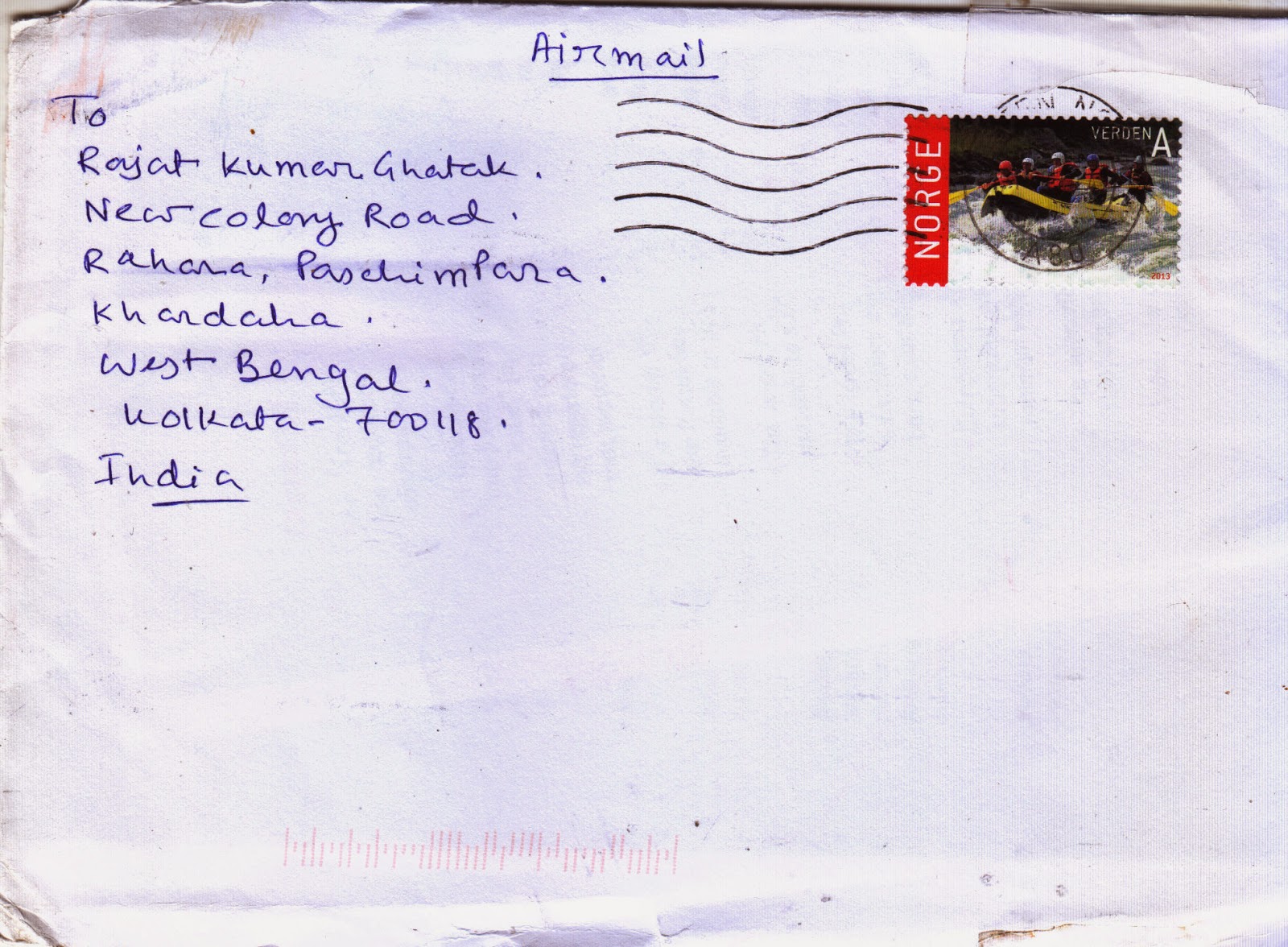 The question in my mind was is it the end of era for traditional stamps with gum on back?Because as a stamp collector specially for used stamp collector the gum in philately is of so much importance.As i also get some covers from my friends around the world which have self adhesive stamps,i often try to soak them in water to get the used stamp sample.But i found in most of the cases it is almost impossible to remove them from cover.And complexity of removing them differed from country to country. Specially i found USA stamps are almost impossible to recover and most of the time they goes in trash and i hope you understand its of a so much pain:(..I understand its a great pleasure for post crosser or postcard collectors  or tourists who really don't care about the gum stuffs, and its honestly easy and convenient way to send cover/cards to their friends and relatives..So whats the use of traditional gummed stamps?Will they really come to an end?I wonder seeing the popularity of self adhesives  ..that the day is not so far.But to my wonder as like the above example of Norway stamp i saw some stamps we got as self Adhesives from the post office but when i bought from Philatelic bereaue they are traditional gummed ones..So may be not the end?There is hope!!!Evn online site of them dont shows the self adhesives either!!!!! Below i sent one cover to myself from Post and Telegraph museum of Copenhagen ,its a combination of both self adhesive and normal gummed one!!! The stamp showing the lady was self adhesive... 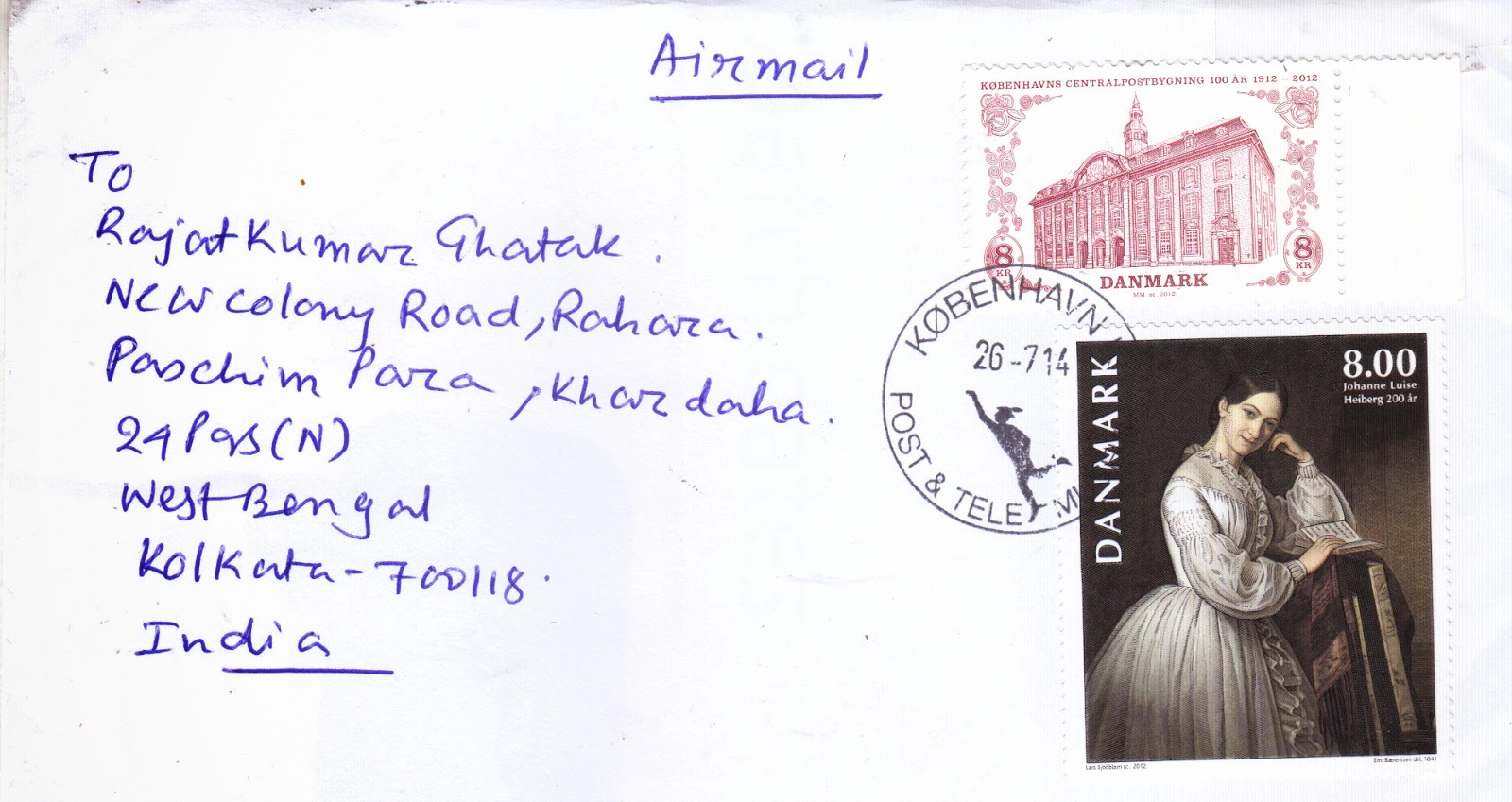 Now we just dig a little bit on the history of the Self adhesive stamps!!!!

The pioneer of Self Adhesives were produced by Sierra Leone in 1964,printed in Britain by Walsall Lithographic Co. on paper supplied by Samuel Jones & Co. The stamp shows the map of the country. 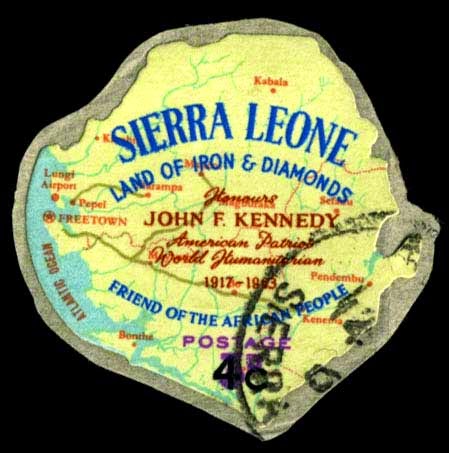 Off course by using self adhesives the health risks can be avoided.As most of collectors buy stamps from counter and immediately they lick the back side of it and stick it to the envelope,which may cause spread of bacteria .

Well USA was next in line to issue self adhesives .In 1974 they issued the christmas stamps as self adhesives and it was a great flop :( ,due to die cutting problem and adhesive damaging the design. 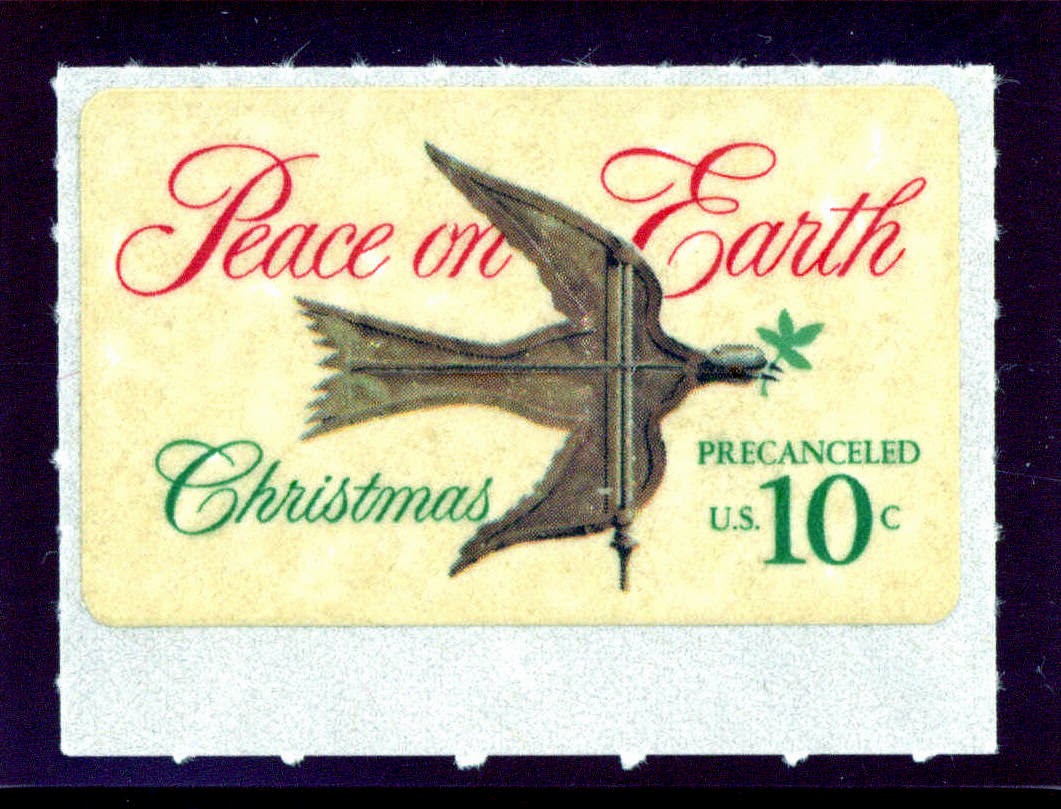 Though  the issue was raised in British parliament just after the issue of first self adhesives by Sierra Leone whether GB can adopt such stamps in future,and it was not accepted until  October,1993 when GB came out with their first self adhesive stamps were issued as a booklet of 20 1st class values,as shown below. 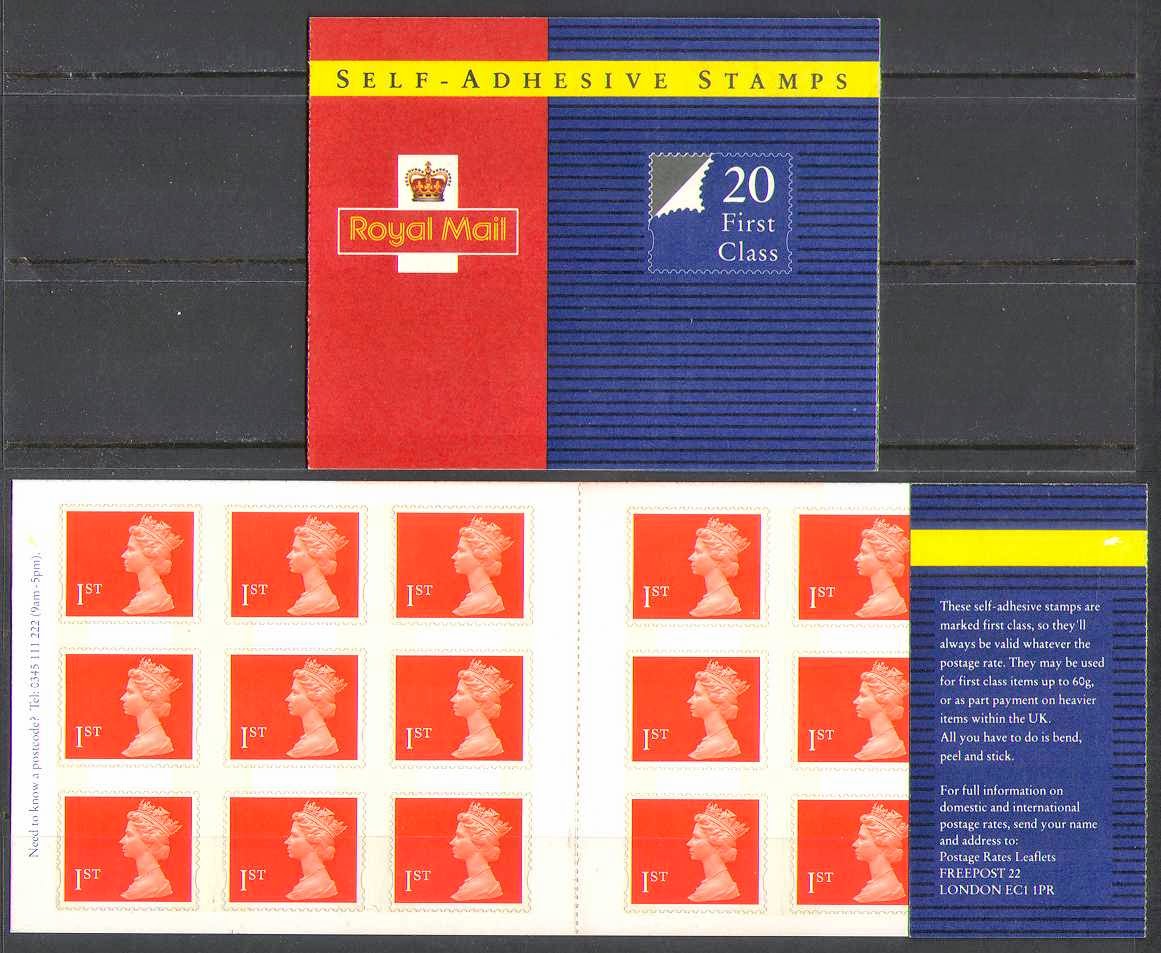 and now happily the tradition is being followed in Post and Go stamps by GB. and i think most of all countries are issuing them as a part of their stamp issues.

The problem is to remove them by water.Some tells it can be easily by hot water some says it is not.But my experience is USA stamps are worst in this case,but seems they have been designed such a way so no one can use the uncancelled stamps as new stamps again.
Some collectors of used stamps have discovered that although not readily removable by water, the self-adhesives can be removed with Bestine (a hexane solvent), Benzine (Petroleum Ether), or a natural based citrus solvent containing d-limonene (e.g., Pure Citrus Orange is an air freshener product that works for this purpose).

So what ever it is health issue or bacteria,the debate will be still on ...
So what you prefer self adhesives or traditional gummed ones?
A pain for stamp collectors or paradise for common people??

Note:The pictures of early self adhesive stamps are taken from internet.

Posted by Stamp World at 1:51 AM No comments:

My friends here i share with you my mail from remote volcanic south Atlantic island..Tristan Di Cunha..

I was always curious of getting letter from remote islands and it would be nice if it contained bird stamps on it..and here you go a nice cover and postcard to my address and these Albatross have reached me safely. 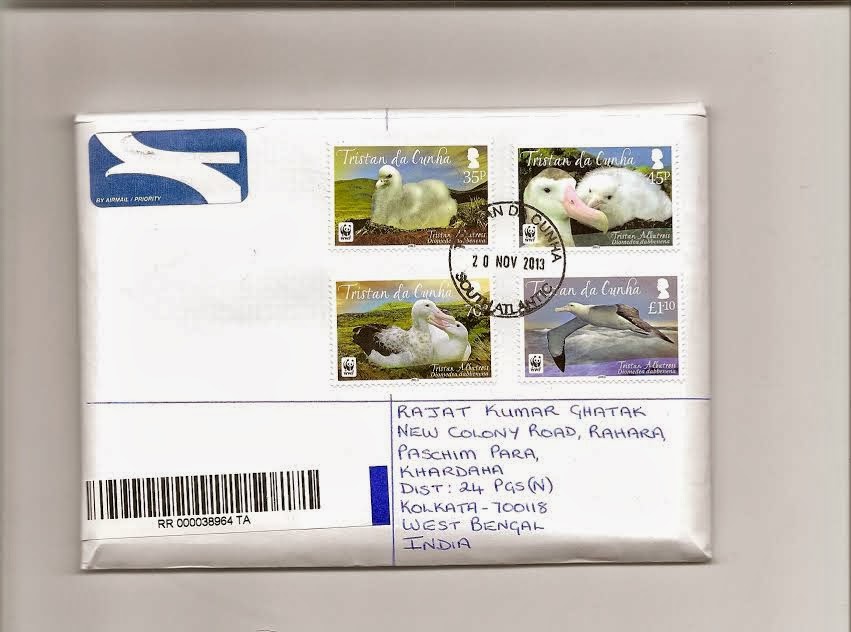 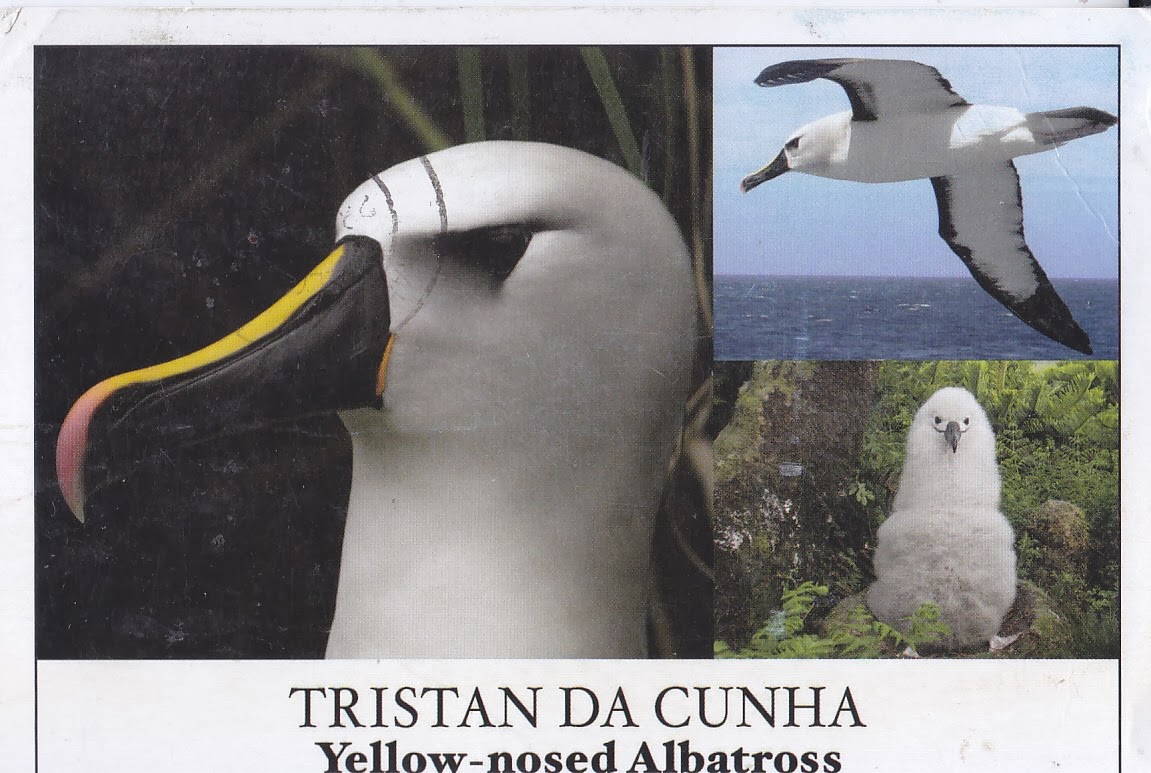 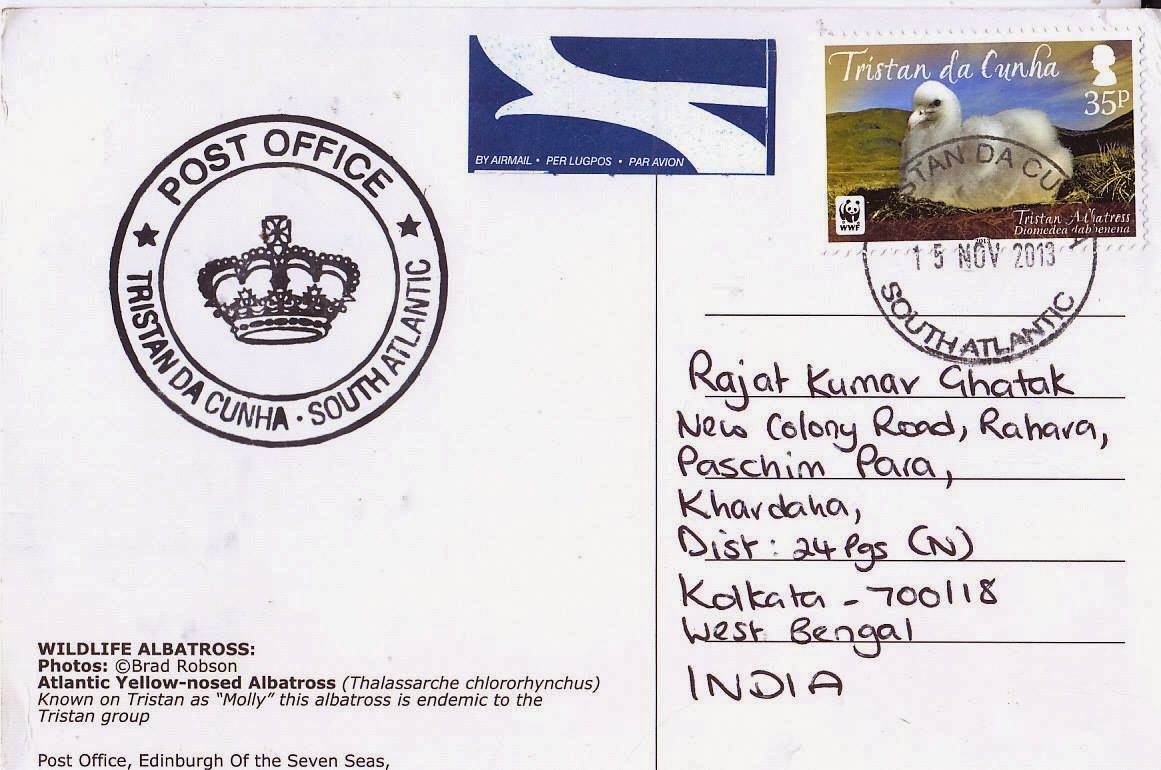 The stamps are showing Tristan Albatross issued in 2013 as set and 1 miniature sheet and sheetlet bearing WWF symbol. 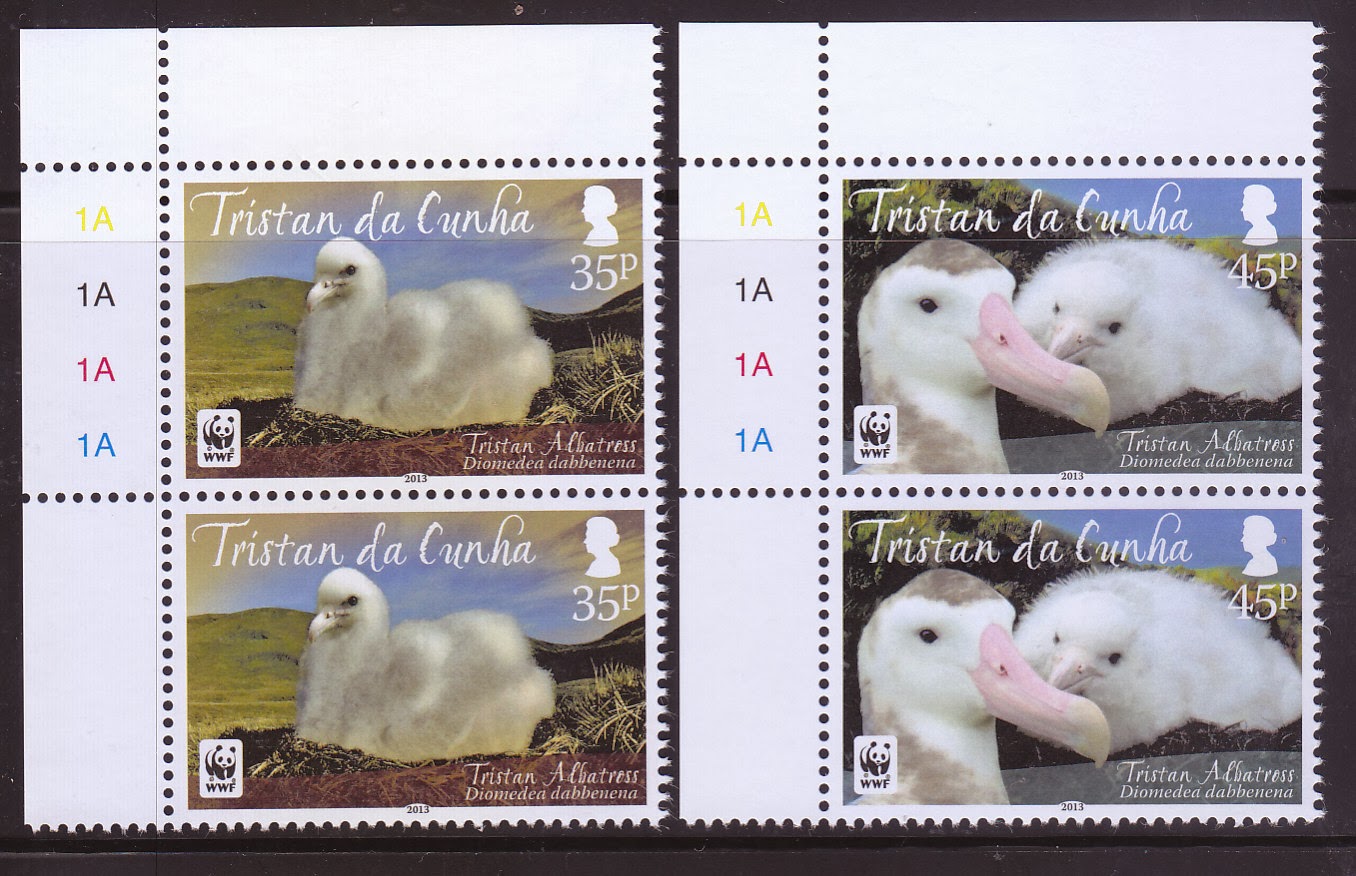 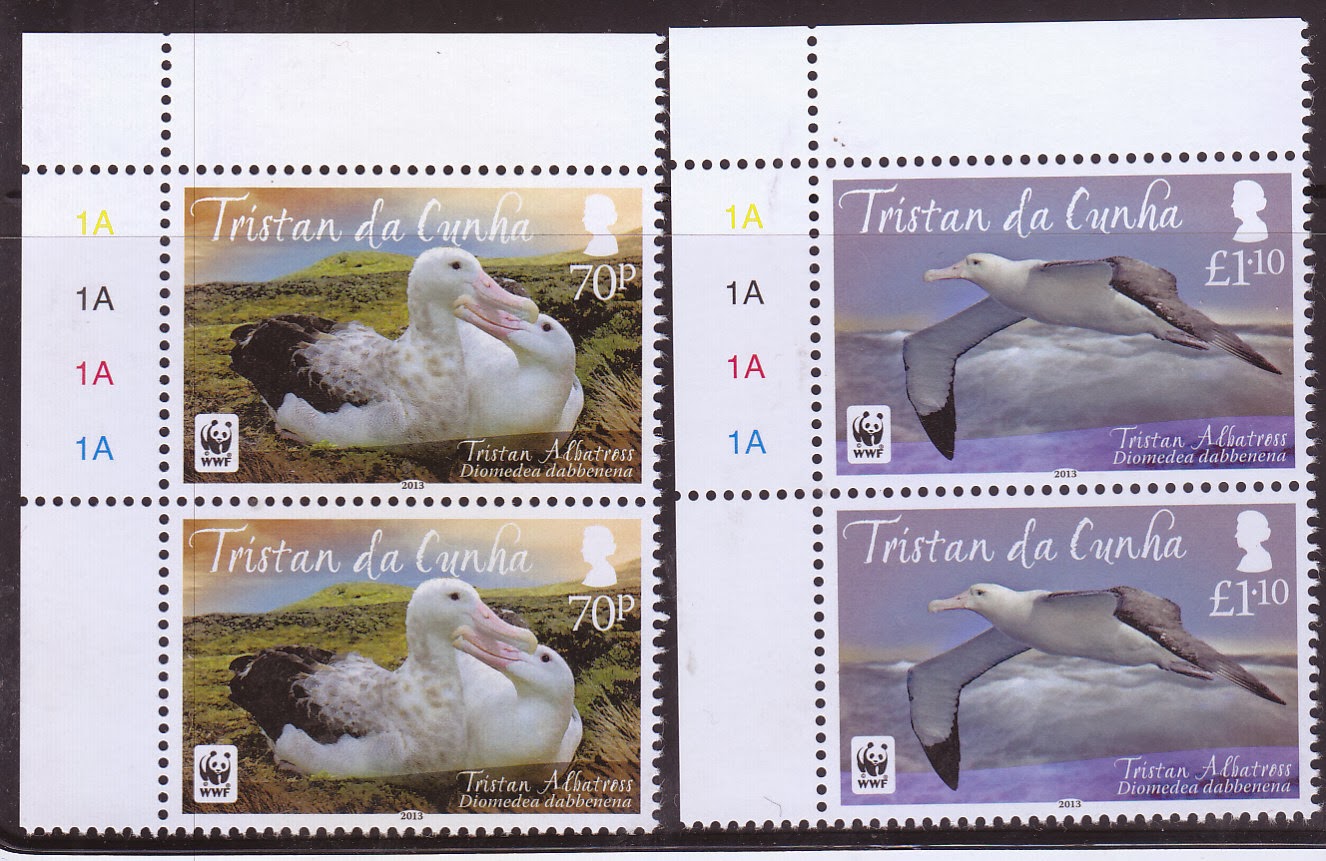 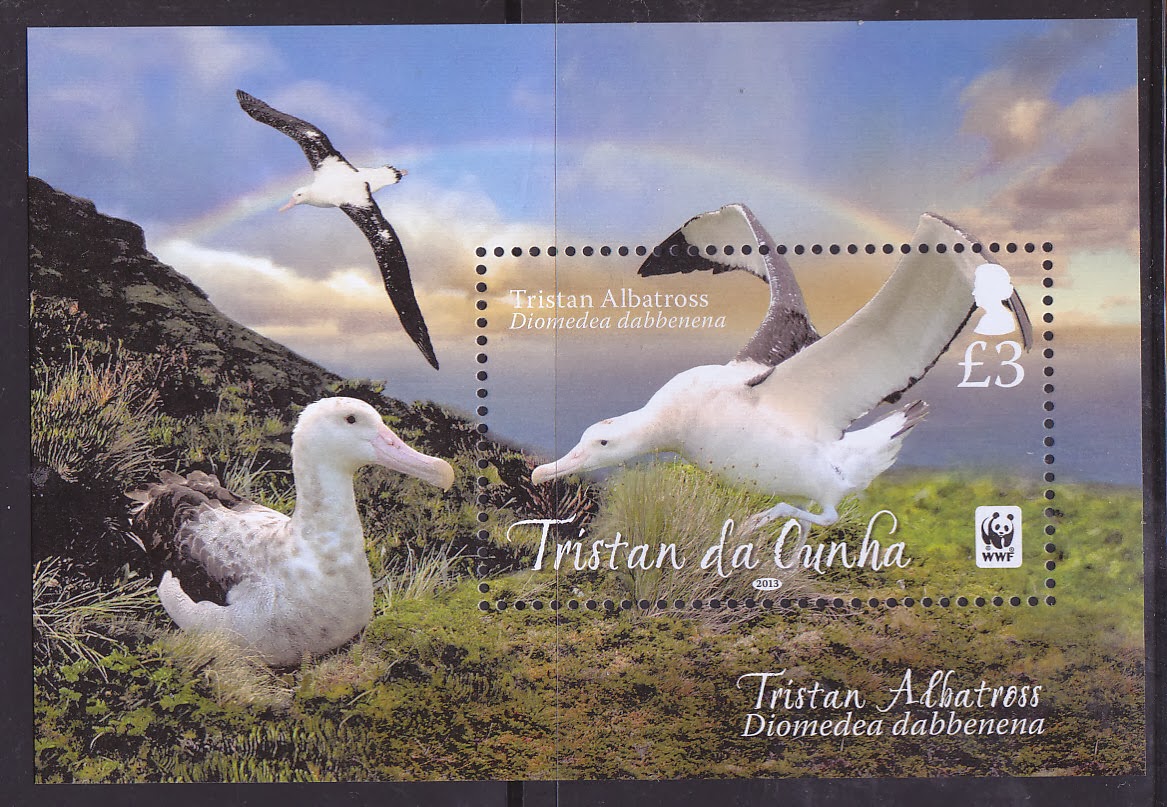 Note the color difference of Albatross beak ..the postcard one is yellow and stamps showing one having pink..the later one is called as Southern Royal Albatross ..

Thanks to Post Mistress of TDC post Mrs. Iris Green without her it wouldn't have been possible
Posted by Stamp World at 8:02 AM No comments: