Bull fighting is a traditional spectacle in spain..in which one more bulls are baited and then killed in a bullring..A bullring is an arena  where bullfighting is performed. Bullrings are often associated with Spain.It is also played in Portugal,southern France also in some american countries like Mexico,Colombia,Ecuador,Venezuela,Peru . 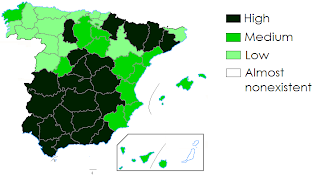 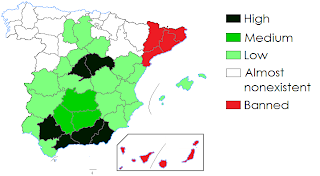 It started from prehistoric arena where it was done as a part of bull worship and sacrifice ..
The killing of sacred bull was essential central iconic act of Mithras .The oldest representation of what seems to be a man facing a bull is on the celtiberian tombstone from Clunia and the cave painting "El toro de hachos", both found in Spain. 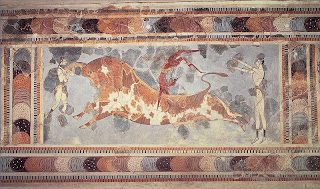 The above picture shows the bull leaping Frescos

Same was shown in 1937 stamp from Greece shown below 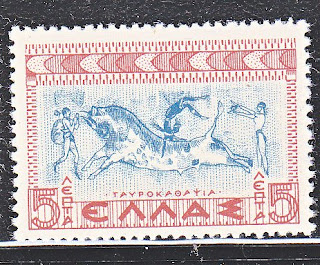 Spanish-style bullfighting is called corrida de toros (literally "running of bulls")
In the traditional way 3 matadores  each fights with 2 bulls which are of weight not less than 460kg and ages between 4 to 6 . Each matador has six assistants—two picadores ("lancers on horseback") mounted on horseback, three banderilleros – who along with the matadors are collectively known as toreros ("bullfighters") – and a mozo de espadas ("sword page"). Collectively they comprise a cuadrilla ("entourage"). 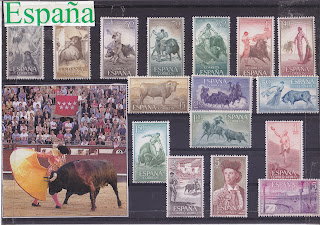