Another year is going to be end..2012 and 2013 is approaching with new hopes of ray and probably lots of resolutions which we would take and never able to make:) but still we do..like we philatelists have different goals may be which includes filling up missing stamps in our albums or complete some countries or to get a cover from an unknown countries...

This 2012 i also had some resolutions and some philatelic goals in some sense these were satisfied and some are not.But overall it was again a great successful year for my collections ....i have won some good deals in ebay,some wonderful stamps were issued throughout the world..and gone through some wonderful exchanges..
I was thinking of writing this blog from long time..and today i decided these is now or never..It was really a difficult choice of stamps and covers....
Here i will share my acquisitions of my 2012 in the forms of stamps/SS/Covers...
Hope you enjoy this: 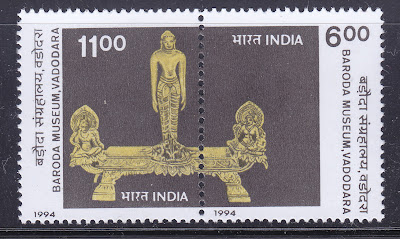 The first one i like to share is 1994 India Baroda Museum setenant issue..i was eyeing this for long time but never found at good affordable price..though u see it very rare in ebay.in atleast in perfect condition..so i got  a chance and i rightly grabbed the item.. 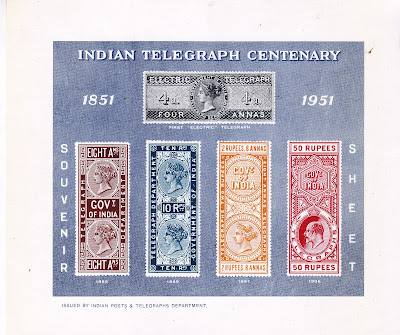 And another wonderful sheet of Telegraph centenary SS issued by India in 1951..which i bought from the same dealer as the Baroda Museum stamp illustrated before.. 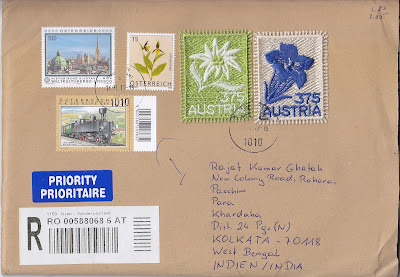 This Wonderful cover was sent to me by my good Friend Anita Bildl ...it's my first cover with unusual stamps on it..Over the years Austrian post issued stamps on unusual substances like polymer,with dust from a meteorite,crystal i have few of them in mint but its always pleasure to have them on postally used cover..These stamps were published in honor of Austrian embroidery industry the Green stamp was issued in 2005 and another was issued in 2008...the 2005 issue depicts Edelweiss an well known alpine flower and the 2008 issue depicts Gentian flower..Thanks Anita for this wonderful cover..

Anita's Cover was not only surprise it has  a wonderful strip of 3 stamps of Austrian polar issue i was searching this issue from way back in 2010..but i waited and finally patience paid Thanks Anita again:) 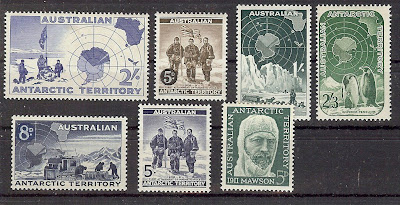 This set comprising the first issues from Australian Antarctic Territory..the stamps were issued in 1957-59 and the 5d  green stamp was issued in 1961..The 2sh shows the map of antarctica and Australian explorers..
5d brown shows Edgeworth David,Mawson and A.F. McKay (1908-09 South Pole Expedition) .8d shows Loading weasel (snow truck). 1sh, Dog team and iceberg 2sh3p  Emperor penguins and map the 5d green shows Sir Douglas Mawson it was issued to commemorate the 50th anniv. of the 1911-14 Australian Antarctic Expedition ..I thanks Richard Martin for sending out me this wonderful stamps... 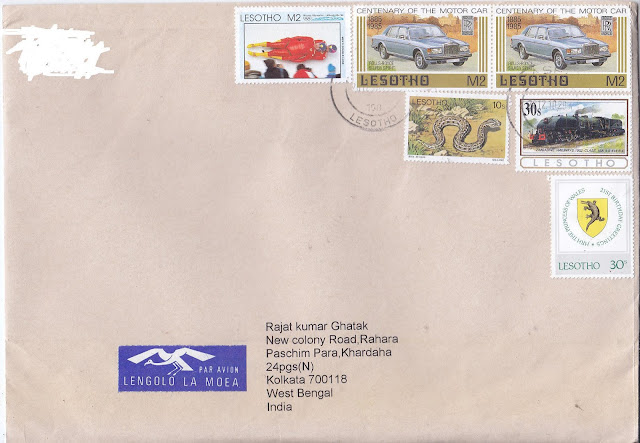 The Cover from Lesotho came to me from Mr. Mike Shutts thanks for the wonderful cover i am specially thankful that u have put train stamp on my cover.. 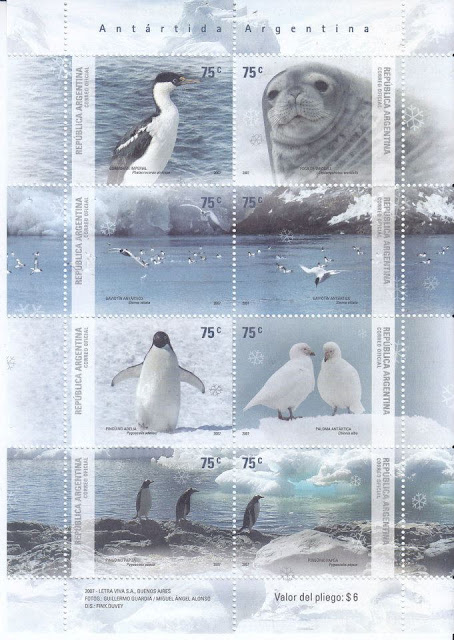 This very cold miniature sheet came from Argentina from my friend Germán Bicego ..it took nearly 3 months to reach me i almost thought it was lost...Thanks German... 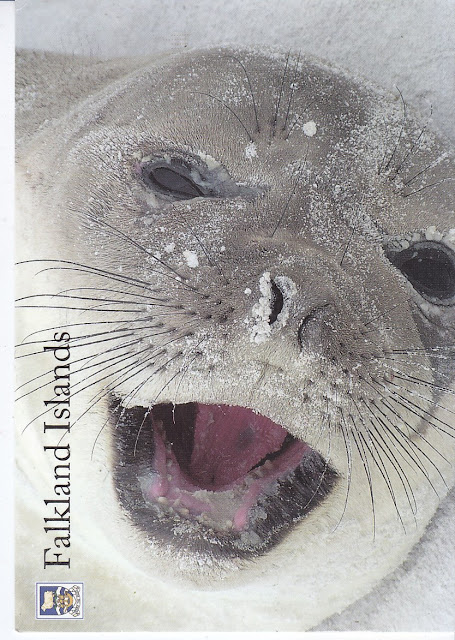 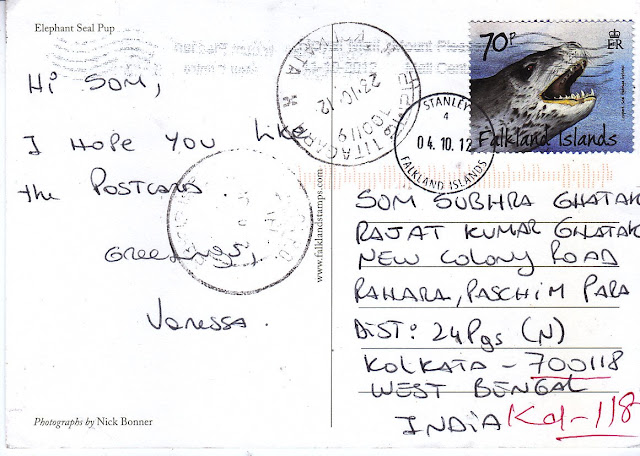 And this is the postcard  of elephant seal really posted came all the way from Falkland Island .Thanks to  Vanessa(Employee Falkland Philatelic Bereaue) who kept my request to post it and write on it...That was really wonderful..I got 4 cards this is the best one i chosen .... 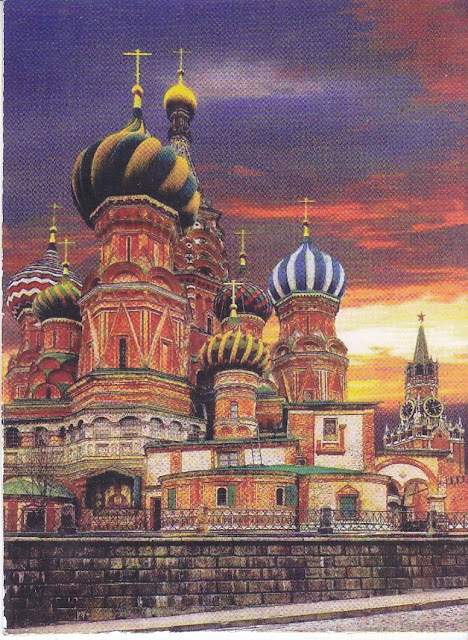 The slot is still empty i will share the best item which i will receive till end of 2012...

Wish u happy new year 2013 and wish ur all dreams (read philatelic dream )get satisfied this year..