Here is a beautiful  stamp and FDC on TGV railways..I was searching for this kind from long time.. 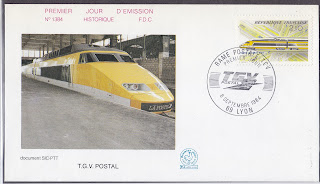 thanks to my friend Timothy Veltman from Switzerland for getting me this..
this stamp was isssued by France in 1984 to comemorate Postal TGV transport ...Paris-Lyon Mail Service..

P.S. I am looking for more TGV stamps around the world+TGV cancel... 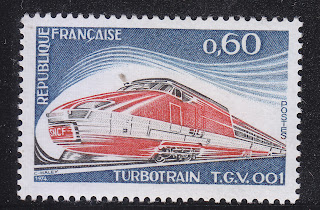 This above one issued in 1974 to comemorate the completion of Turbotrain TGV001 project .. 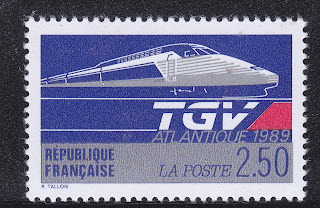 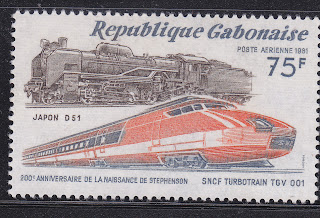 Gabon issued this one in 1981 to comemorate 200th anniversary of George Stephenson
In this its a 3v set+SS..
I have the 3v set and looking for the SS
Here goes the 3v set..Thanks to M.Imran Siddque for this 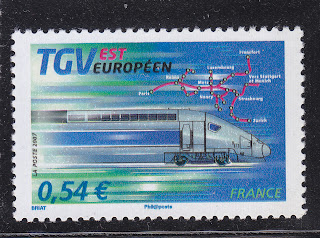 The above one was issued in 2007 ..i love the rail road map on it:) shows the route of it in Europe 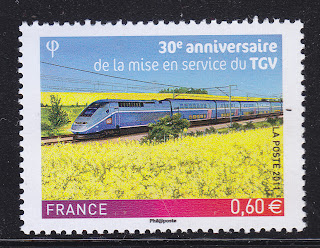 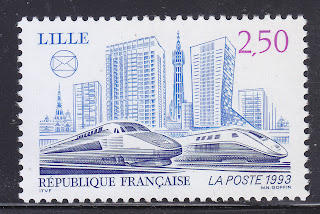 TGV and Eurostar in Lille 1993 issue 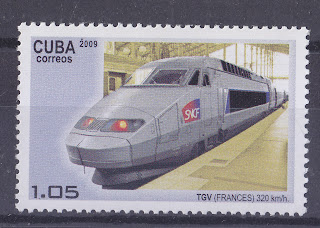 This is form a 6v set+1 SS shown below illustrates the high speed railways around the world.. 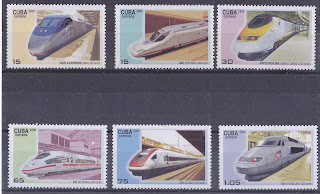 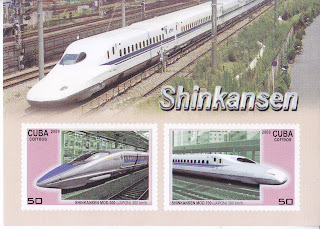 The SS shows Shinkansen which runs in Japan..
And another wonderful issue from Cuba 2006

5v set but i am not sharing here the full set as it will be too many types of train in the TGV blog:) 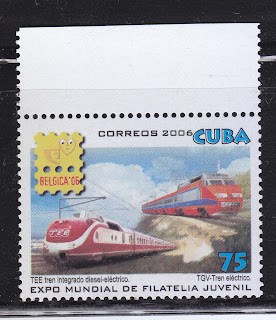 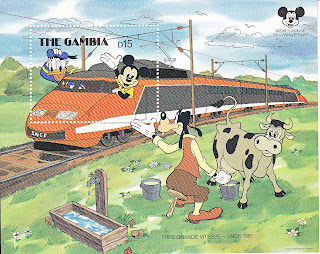 Issued in 1987 for Mickey Mouse 60th anniversary its a 2v SS set i have this one only:( 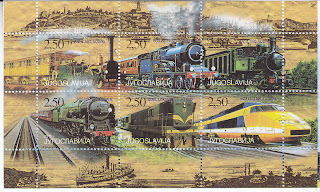